Chloe, Julia, and Pierre, oh my! Whether you're traveling to a plantation home or touring the Old State Capitol, you may have an unexpected visitor or two tagging along. Our countdown to Halloween continues with ghost sightings, haunted buildings and more!

The Myrtles Plantation
Built-in 1796 by General David Bradford, The Myrtles Plantation is said to be haunted by several restless ghosts. This plantation has long been regarded as one of "America's Most Haunted Houses." Some researchers say as many as ten murders have been committed there, but others have only been able to confirm one murder at the Myrtles.

Have you heard of the legend of Chloe? In the 1950s, the owner noticed that strange things were happening around the house. When she started asking around, she heard of a ghost that lurked about the plantation in a green bonnet named Chloe. Have you seen her?... 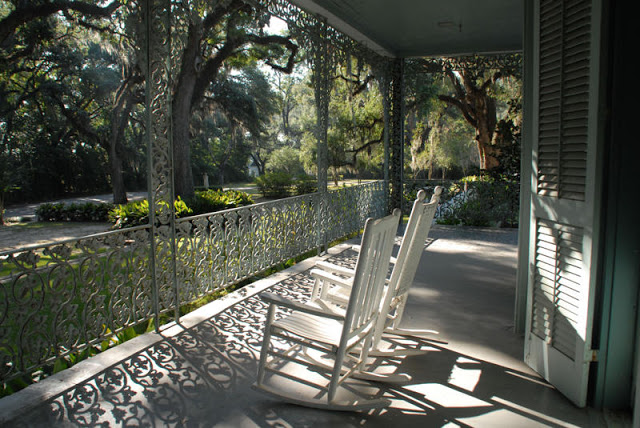 Nottoway Plantation
Nottoway Plantation has seen much in its 150-year history, the pleasant and the not so pleasant. The story of Nottoway is recounted in tours of the home, developed from years of historical research, interviews, and documents from the early years, but the complete story could only be told by the Randolphs themselves.

If you happen upon the shadow of a young, auburn-haired woman, perhaps she can give you further insight into her day-to-day life at Nottoway. Several guests and staff have reported seeing a ghost fitting the description of the Randolph's youngest daughter, Julia Marceline, in the girls' wing of the house. A visiting psychic, seeing Julia's photographs, identified the ghost as Julia. 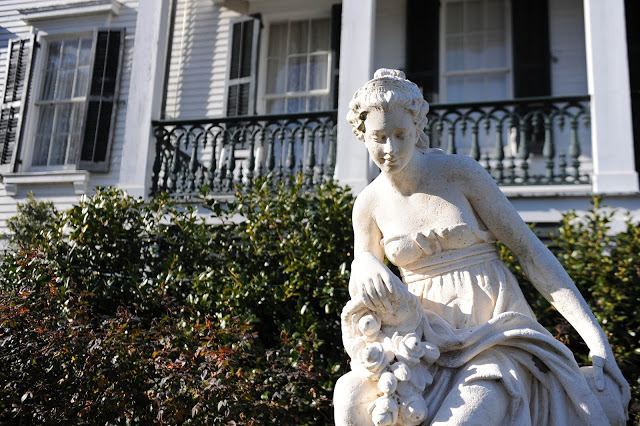 other haunted places in the red stick

guaranty income life & broadcasting building
The building originally housed the old location of the Baton Rouge General Hospital. The bottom floor of the building used to serve as the hospital morgue, but now houses a cafeteria and several offices. The old morgue freezer was turned into a file storage facility during the renovations of the new office complex. At night, the entire floor drops several degrees colder than the rest of the building. Security guards refuse to go down there and many complaints of strange noises coming from the bottom floor. The elevator is even said to go up and down at night when no one is there.

OLD STATE CAPITOL BUILDING
The ghost of "Pierre," believed to be a Senator who died of a heart attack in his mid to late forties while debating a hot political issue, is said to haunt the upstairs of the Old State Capitol Building. Several security officers report alarms (motion activated) going off in the middle of the night and video cameras showing no sign of anyone in the vicinity. One female security guard briefly glimpsed "Pierre" one night upstairs where the Senate used to meet. The guards and tour guides at the building also report instances of doors opening and closing when no one else is in the building. 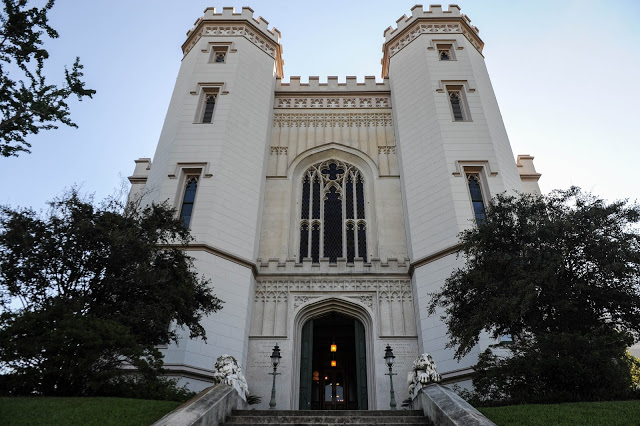 SPANISH MOON
This downtown area nightclub is inhabited by at least one known ghost. During the 1880's the building served as a firehouse. It has seen many occupants since then. It was even used as a "wino flophouse" over thirty years ago. This era is when the spirit is believed to have originated. Manifestations include apparitions of a young man, beer taps turning on by themselves, strange noises and flying glassware.


Feeling a little spooky? Dash over to our website for more information on all Halloween events in the Red Stick! Follow Visit Baton Rouge on Twitter and Facebook for some possible Tricks-or-Treats. We may even have a haunted giveaway for you!

Erinn is the former Communications Intern for Visit Baton Rouge. As a Baton Rouge native, she is eager to promote all of the extensive experiences the Capital City has to offer! She enjoys Louisiana Saturday nights in Tiger Stadium and runs around the University Lakes. Erinn is a Show Me Your Mumu enthusiast and an avid Netflix watcher.